I recently have started helping a young man from Iraq with algebra. Thankfully I’ve been studying for the GRE and I’m not too rusty. 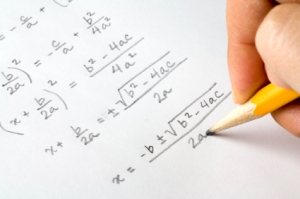 But after two and half hours and only 30 math problems into the 50 problem homework, I felt disenfranchised with American education and walked away heartbroken for this young man.

This 15-year-old boy came to the US having been out of school for over 5 years due to the war in Iraq. Knowing no English, he was still placed in a public high school only to fail his first year. Now having been here for a few years, his English is pretty incredible and his accent is almost non-existent. But when it comes to knowing words like denominator, quotient, or divisible, those are not in his repertoire. As one of many students in his class, the likelihood of getting individual help is pretty slim for him, and the chance that he’ll ever catch up on the five years of education he missed is grim at best.

I’m far from saying that I know the best solution for this boy, but I feel he is being done an injustice. I am ever so grateful that my country has become a safe harbor for him and his family. But while he is protected from the bombings and shells, the effects from the war are still ever-present in his life as struggles to do 9th grade math with a 4th grade education.

Say a prayer for me, dear friends, that I will remember the rules for graphing a line, solving for x, and completing the quadratic equation. And most of all that I will have the ability to explain them in a way he can understand.

3 thoughts on “Heartbroken Over Algebra”