2013 was a momentous year in our family. We moved into a new home, our little girl, Eleanor Grace was born in August, and I started a new part-time position as a study abroad advisor at a small university in Oklahoma City. With all that was going on, I decided to take a year away from blogging. But now that I’m finally getting my little one on a schedule, I want to bring “globalness” back into our household. I’m sure my posts will be a little less regular than before, but I really want my daughter to be exposed to the world beyond our little city and for this blog to be a record of all we do together. 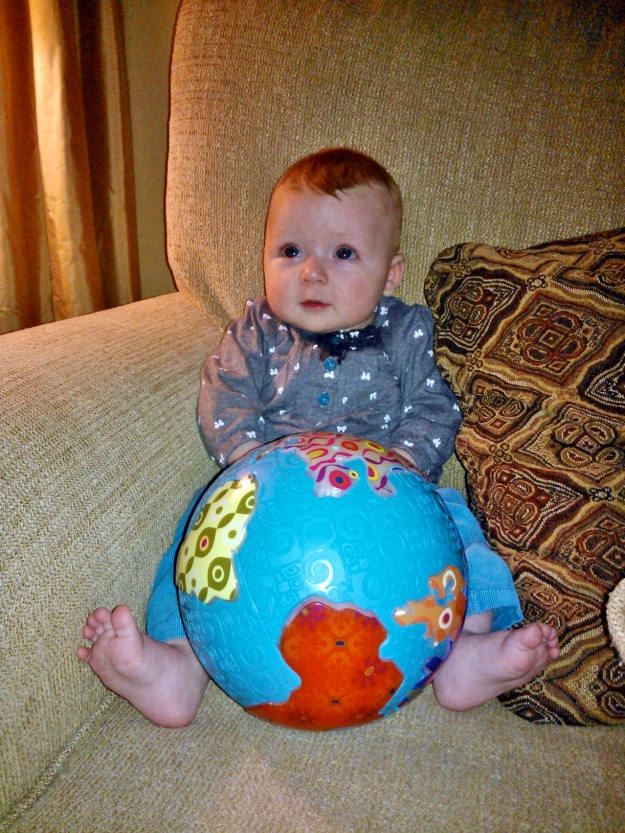 Eleanor got a B. Global Glowball for Christmas from her Auntie Karen. Now she’s really got the whole world in her hands.

I’m excited to get Global from Home back up and running and can’t wait to see what adventures lie ahead for Hubby, Eleanor, and me.

What “global from home” adventures did you have in 2013? 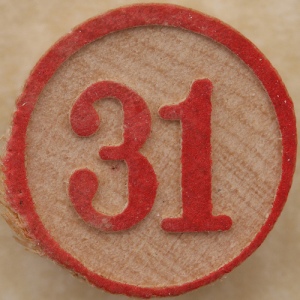 Hubby is a very goal-oriented person. I admire him so much for all he gets accomplished and for achieving goals that most people would consider unobtainable. While I am not yet so skilled at goal setting and achieving, his example has definitely rubbed off on me. As today is my 31st birthday, I decided it is time to set some new goals for the second year of my thirties. I put them here for accountability sake and because many of them contribute to the goal of this blog – being Global from Home.

Whew! That’s a lot of goals. Fortunately I can start working on number 19 tonight. Hubby is taking me to Japanese steakhouse to celebrate. 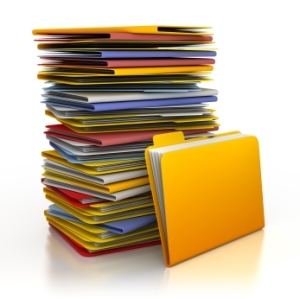 Over the next few weeks you’ll see some changes on Global from Home. Now that the blog has been up and running for 6 months(yay!), I’m planning to do a bit of reorganizing to make it a little easier to find ways to explore culture from your front door.  Here are the new categories you can expect to see pop up soon:

Have other ideas to be global from home? I’d love to hear them!

On my very first post, I declared my purpose was to explore the world around me within a 30 mile radius of my front door. Well, today Hubby and I officially have a new front door in Oklahoma City. Although this has nothing to do with being global/cultural/international, I just had to share. 🙂

When Hubby and I moved to San Diego last July, we weren’t sure how long we were going to be there. I didn’t have a job and he was completing a one-year fellowship. With so much uncertainty, we put all of our life in a storage unit in Georgia and signed a 13-month lease for a fully furnished apartment. We drove across the country with whatever would fit inside or on top of our car. For the past 15 months we have lived out of 6 suitcases and 12 boxes (most of which are hubby’s medical books). The opportunities for us in San Diego were so great, it was worth putting our lives in a box and living from a suitcase for a while. 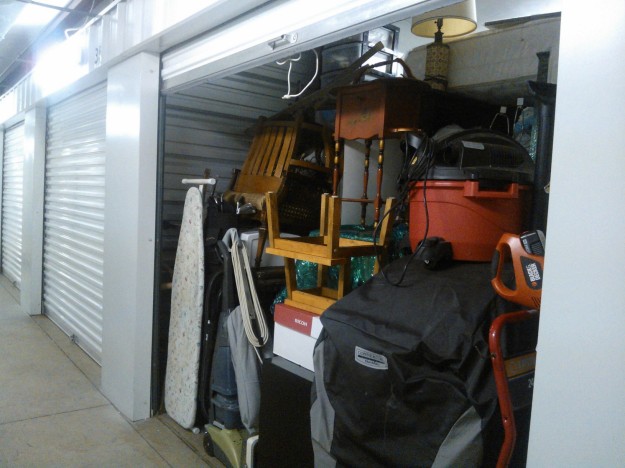 As I write this, I think of all the other bloggers who are currently abroad and living from a suitcase. Like Megan from Soulshine Traveler who has jumped around South America, lived in Russia, and explored Europe. Or Ashley and Justin from This Parallel Life who moved from their New York apartment into a storage unit in Denver while they seek adventure traveling the globe for a year. Or my dear friend Mary from Mary in Haifa who has split her furniture between her parents and friends while she takes a year away from her career to complete her Master’s degree in Israel.

For each of these bloggers, they have put away their material possessions to seek something they cannot achieve at home. Whether it is adventure, culture, education, or just a change from the norm, they have prioritized the experience over their belongings. From personal experience, I can honestly say this is not easy to do. But looking back on the last 15 months, I can say it was worth it.

After looking at over 30 houses in OKC and roaming through various furniture and decor stores, I have discovered that my new hometown has some very specific style ideas. I’ve gathered all my pictures and just had to share.

Okies love their sports teams! There was actually one more of a large OU football helmet painted in a kid’s room but I forgot to take the picture. Darn. 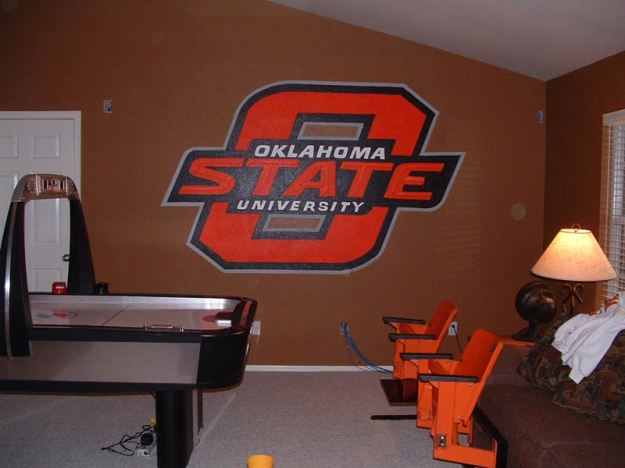 With the stockyards here in OKC, horses and cattle are a big deal…especially in home decor. 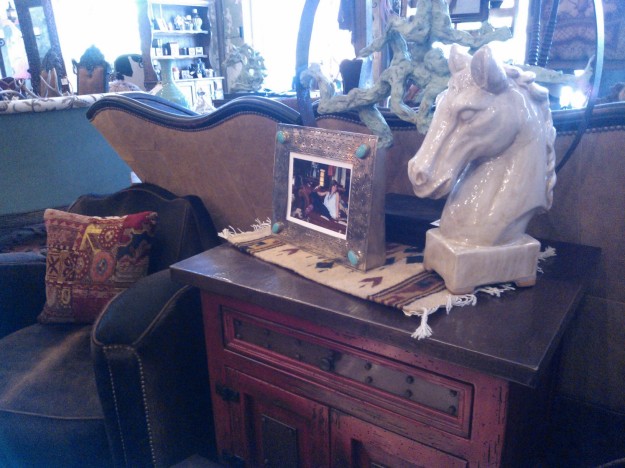 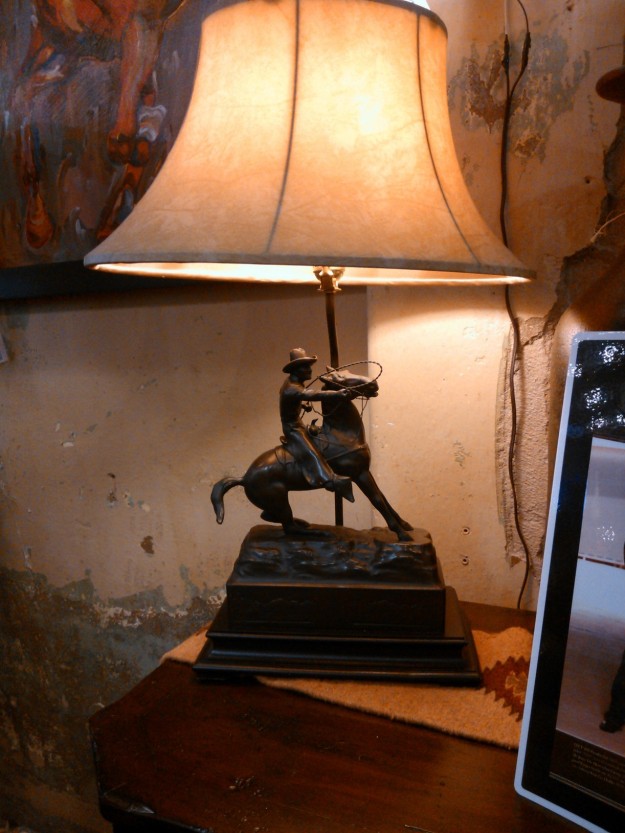 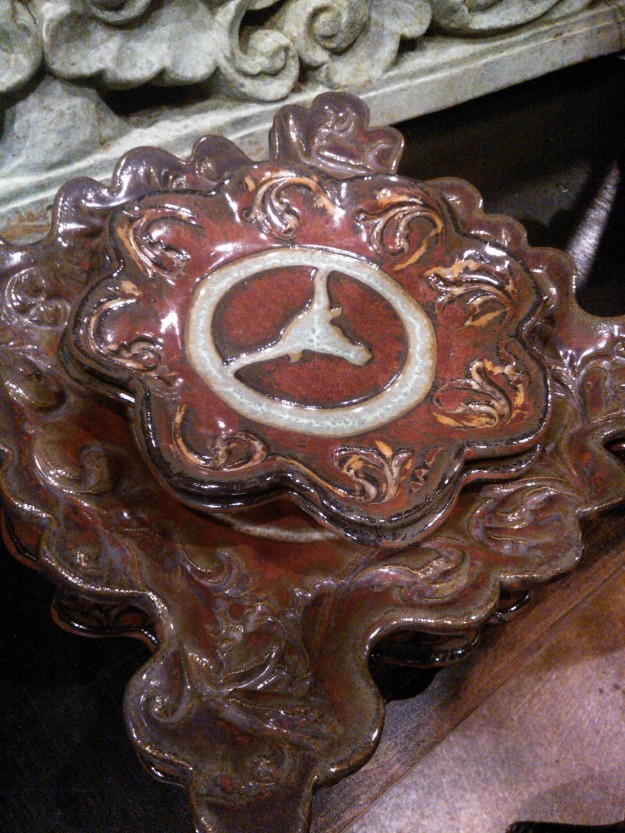 Animal print is definitely the most popular trend in home decor that I have seen here in OKC. It is everywhere! 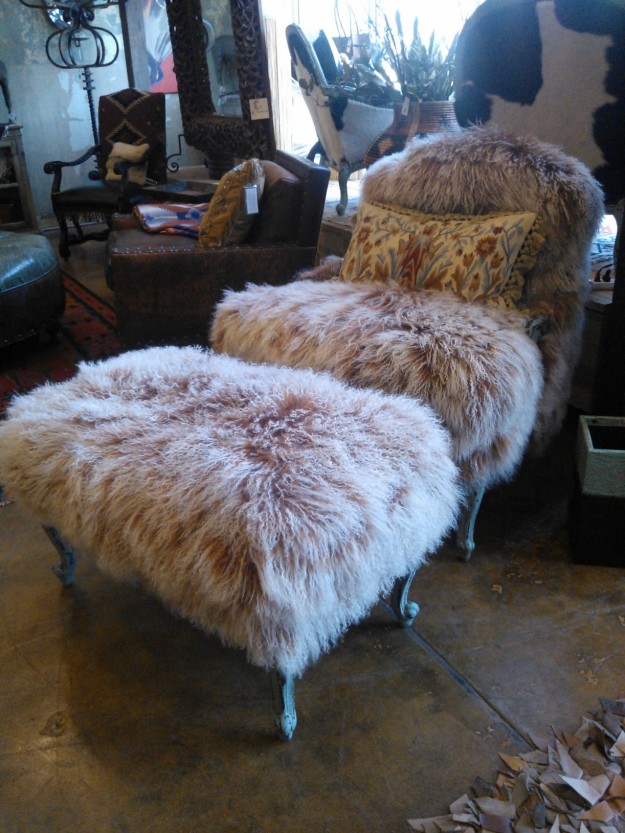 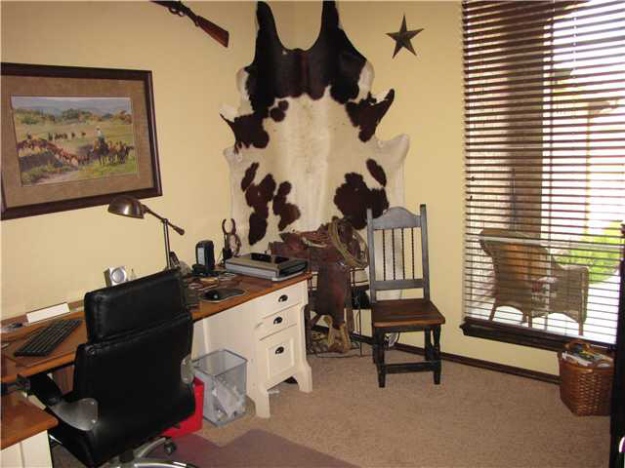 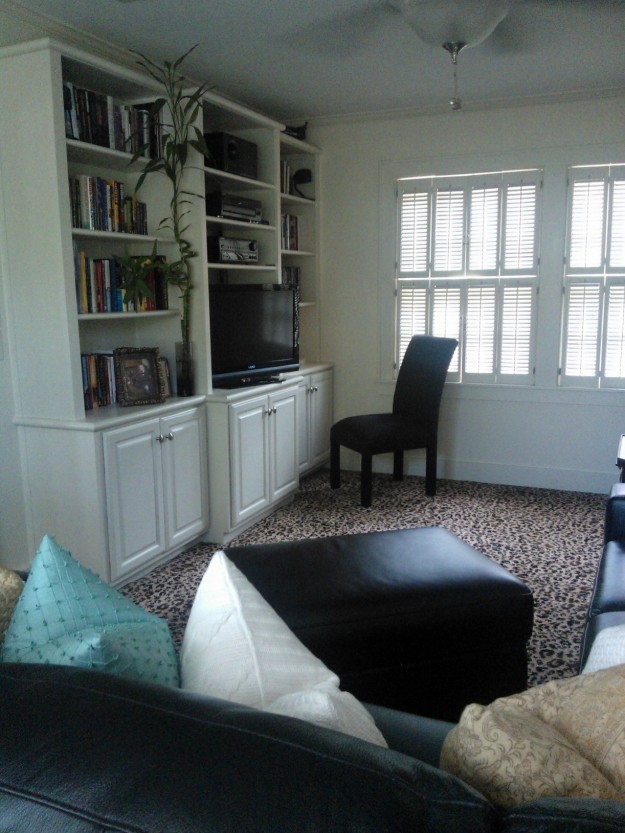 We actually had an offer on this house. It didn’t work out but if it had, the leopard print carpet would have to go!

Although it was only 10 years ago, studying abroad has changed a great deal since I went to Italy in 2002. iPads and Facebook didn’t exist. We didn’t travel with cell phones or laptops. Generally, we went to the pay phone to call our parents once a week and to the internet cafe when we could fit it in. We even wrote our papers by hand due to the lack of computer access. To be 100% honest, I loved the lack of technology. I loved being disconnected with few expectations to communicate outside of those who were with me abroad. I was able to focus on exploring Italy and building relationships with the other students. Being abroad was relaxing and re-energizing without the constant ring of the phone and the tiny red flags in our school email indicating unopened messages.

This past weekend I took the same mentality from studying abroad and disconnected. Hubby and I flew to Minneapolis on Friday afternoon to join family and friends for a weekend at the lake in central Minnesota. When we arrived Friday evening, I quickly realized my cell phone received limited service and the internet was patchy. My first inclination was to be frustrated. How was I going to blog? What if our realtor called? But then I looked around me. I was surrounded by a beautiful landscape with family and friends I’ve known since I was a small child. Why would I want to spend my time on a computer when there were so many other things to enjoy? So dear friends, I disconnected this weekend to enjoy all of this instead: 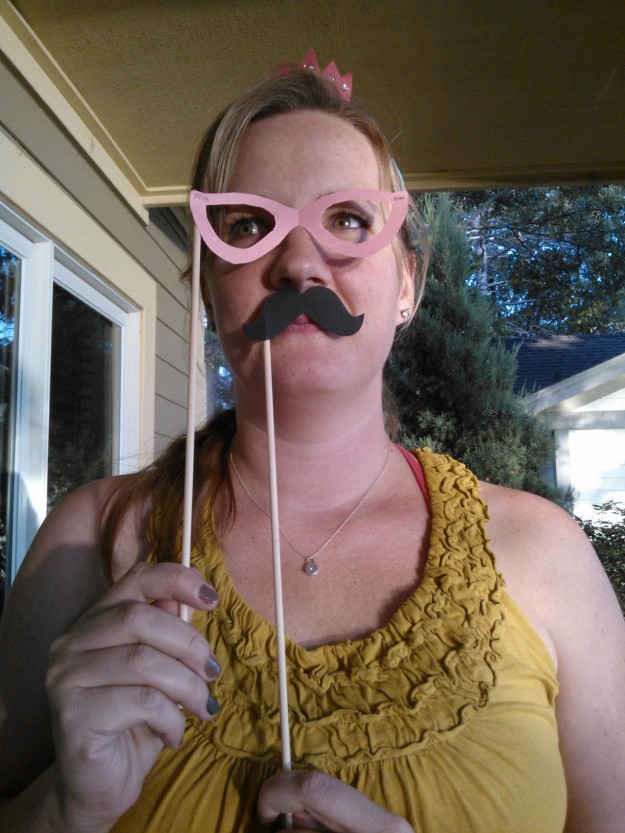 A big thanks to Brilliant London for nominating Global from Home for the One Lovely Blog Award. Now that we are moved and I’m feeling slightly settled in OKC, I am ready to bestow the honors to others. So here are the rules:

1. Link back to the blogger who nominated you (thank you, Brilliant London!)

2. Paste the award image on your blog, anywhere.

3. Tell us 7 facts about yourself

4. Nominate 15 other blogs you like for this award (this is the fun part)

I promise to have this done in the next 24 hours

You may have seen my post earlier this week on 100 Ideas to be Global from Home. Included in the list are many ideas that I haven’t tried yet myself. For example, I’ve never had an international potluck, never learned an international card game, and I definitely do not know the names of all 194 UN-recognized countries. I do hope to remedy these, but I want to tackle some earlier than others, like #33: explore your own city like it was a foreign destination.

When I travel, I tend to visit the well-known stops but it is often the little things that I get the most excited about. In Rome, while I enjoy the Colosseum, the Vatican, and the Capitoline, I much prefer the quiet and less visited Roman Rose Garden, Sant’Andrea al Quirinale, and Palazzo Colonna. But when I’m at home, I never even think about going to a museum or reading the placards in parks or taking pictures of a monument unless I have out-of-town guests. Well, new city, new me. I hope to explore OKC just like it were Berlin, Bangkok, or Bogota, visiting the famous landmarks as well as the hidden treasures my new city has to offer.

It just so happens that I came to this conclusion yesterday morning after dropping Hubby off for a 7am meeting. I was to meet the realtor at 8am and with time to kill, I went downtown, parked and began walking the streets with camera phone in hand. It wasn’t long before I realized where I was – at the Oklahoma City National Memorial, the monument in honor of the 168 who died in the OKC bombing in 1995, as well as for the survivors and rescuers. As the sun came up in Oklahoma, I believe this was the best place to start my journey of exploring my city.

Now that I’m 100 posts in, I’ve discovered being Global from Home isn’t as difficult as I thought. If you are looking for ways to explore the world from your front door, here are 100 ways to get started!

Note to my Non-American Readers: If any of these are from your local culture, replace it with some American Southern cooking, play a game of American football, or read one of my favorite American novels: Wench, The Secret Life of Bees, or Rules of Civility.

In the end, my advice is to just start. You’ll find you enjoy home so much more when you add global to it. {Photo courtesy Of the Fountain}