This morning I went to our local grocery store to pick up the rest of my needed items for our Friday Lunch.  While waiting for my freshly made sushi rolls, I decided to treat myself to a cup of coffee. I went up to the counter and was warmly greeted by a pleasant gentleman with an accent I couldn’t place.  After some niceties, I finally asked where he was from.  He responded that he was Iranian but had come to the States a long time ago.  Having just read Prisoner of Tehran, I actually felt somewhat competent to ask if he moved before or after the revolution and he responded that he moved to New York right after the revolution started in 1979. He then immediately said that Iran is a beautiful country and has a lot to offer as long as you could stay out of the political aspects.  He told me that he had gone back several times since he left.  I asked him how it was to return and his response really got me thinking.  “Someone once told me that you can only love one woman.  While it was good to go back, I am an American now. I left Iran behind.”

Having always been an American, his words got me thinking. Is it possible to belong to more than one country? Is it possible to love two “women”? Last night when I was reading Bringing Up Bebe, Druckerman said that American kids brought up in France usually felt American in France, and French in America.  In essence, they never really felt at home; they never really belonged anywhere. Does this mean if you don’t belong to one country, you don’t belong to any? Unfortunately I don’t know the answer but it something I’d like to explore more. I welcome opinions and comments. 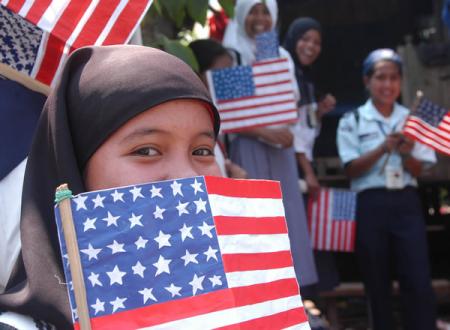 2 thoughts on “Can You Love Two Women?”