Well, dear readers, I am finally back in OKC after a week in Georgia and happy to bring you another great Abroad Blog of the Week. I found Lauren Livingston’s blog a few weeks ago while searching through the study abroad tags. Amongst the many blogs from Spain and Italy, Lauren stood out. In my six years of working with study abroad students, I personally have never sent anyone to Indonesia so I was fascinated to read about Lauren’s experience. It wasn’t long before I realized that she has a great writing style and quite the adventurous spirit.  I caught up with Lauren via email to find out what brought her to Bali. 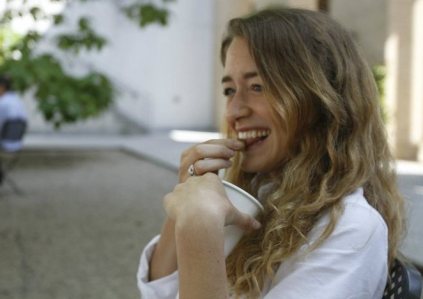 How did you decide to study abroad in Indonesia?

Sophomore year I discovered SIT (School for International Training), clicked through their website and optional programs, and thought their hands-on approach, in-depth language concentration, and field study requirement clicked with my idea of how students should learn in an international setting.

SIT’s Indonesia program is centered around art, religion, and culture.   All of which I knew relatively little about.  Religion and its influence on society has always been a huge curiosity of mine, but to be honest, my knowledge of Islam, Hinduism, Buddhism, and even Christianity was(is) sparse. I  also enjoyed the idea of learning about Southeast Asian art and music and was upset by how ignorant I was of Indonesia’s culture- a society consisting of around 220 million people. As I read the program’s description and researched the country and region, I knew Bali and Indonesia involved a complicated history and culture that I wanted to know and learn more about.  So I applied, and here I am.

What are you reading right now?

I just finished Jonathan Franzen’s Freedom which follows the progression and ups and downs of a fictional, middle class American family.  Within the novel, Franzen highlights “freedom” as a term that has ongoing consequences for humanity and the world as a whole.  It was interesting to read about American family dilemmas while experiencing and adapting to the family structure in Bali.

I read Freedom because of a book exchange a friend and I had started.  Over the summer, we would write reviews on books and mail them to each other.  One of the questions he asked was  what conclusion did Franzen draw on the idea of kids inheriting characteristics from their parents.  Are we in a constant cycle of inheritance, and, if so, what traits are inherited?

I’m starting to believe that our identity is not necessarily formed through characteristics or traits we inherit, but in what we, as individuals, believe we have the capability to do with those inherited characteristics.  Our own perceived capabilities and aspirations as human beings develop out of a cultural context, and our family is just a bi product of that culture.

How is the Balinese language coming along?

For our first week in Bali, we practiced Bahasa Indonesian five hours a day.  We learned everything from the alphabet to the Happy Birthday song.  I acquired more of the language in that one week than I have in the three weeks that have followed.  Now we’ve moved to 2.5 hours of class, four days a week.  I find myself forgetting a lot, and I know if I want to get better I have to start memorizing outside of class.  It’s hard to do when there’s so much more out there to explore.

Speaking with my host family has been fun.  We can talk about daily activities, poke fun at each other, and bond over food, but it’s definitely Indoglish. My goal is to be conversational to the point I can communicate easily with the village kids, my bargaining skills are perfected, and I understand the local bemo drivers.

So far, what do you love and what challenges you about Balinese culture and traditions?

There’s so much to love about studying in Indonesia-the people, the villages, the weather, the religion, my classmates, our adventures, I could go on and on.  In Bali, for the most part, the way of life is deeply rooted in the makeup of the family and Hindu traditions.  Bali has taught me how meaningful family support and love is.  I find I often take for granted my family in the States and fail to make an effort to spend time with them. Being here has shown me how incredibly important they are to me, and I appreciate that.

Of course the language is a huge set back.  It’s hard to talk about ideas and compare thoughts with another culture when you have such a barrier as language.  After being in Bali, I desperately long to study and to know other languages.  Language is the first step in getting to know someone and their feelings.  If you can’t  grasp the emotion in their speech, you cannot connect with them and understand who they are.  I’m not only talking about spoken language, but body language and mannerisms as well.

It can also be difficult to get away from the Western, American stereotype, but that’s an aspect of traveling and living in other cultures one has to understand.  People are welcoming as long as you respect them and their beliefs.  As an international student I can offer them a new perspective while also gaining their insights and beliefs as well.  It’s an amazing collaboration I am so thankful to be a part of.

It seems you don’t know a stranger. How do you like to start up conversations with the people you meet on your travels?

When I think back about past travels, it’s definitely been the people I’ve met who made the trip versus the places I went.

Meeting people, sharing experiences, and life stories is the absolute best reward I’ve gained from traveling.  Being open to having a random conversation with anyone you walk by can lead to so many fun and interesting interactions, and you can talk about anything-food, pop culture, religion, life.

I’ve found, in Indonesia, it’s quite easy to talk to locals if you’re enthusiastic about practicing the language.  They are very excited when you speak their language and they start asking questions.  From there, the conversations can go in any direction.

1 thought on “Abroad Blog of the Week: Lauren Livingston”